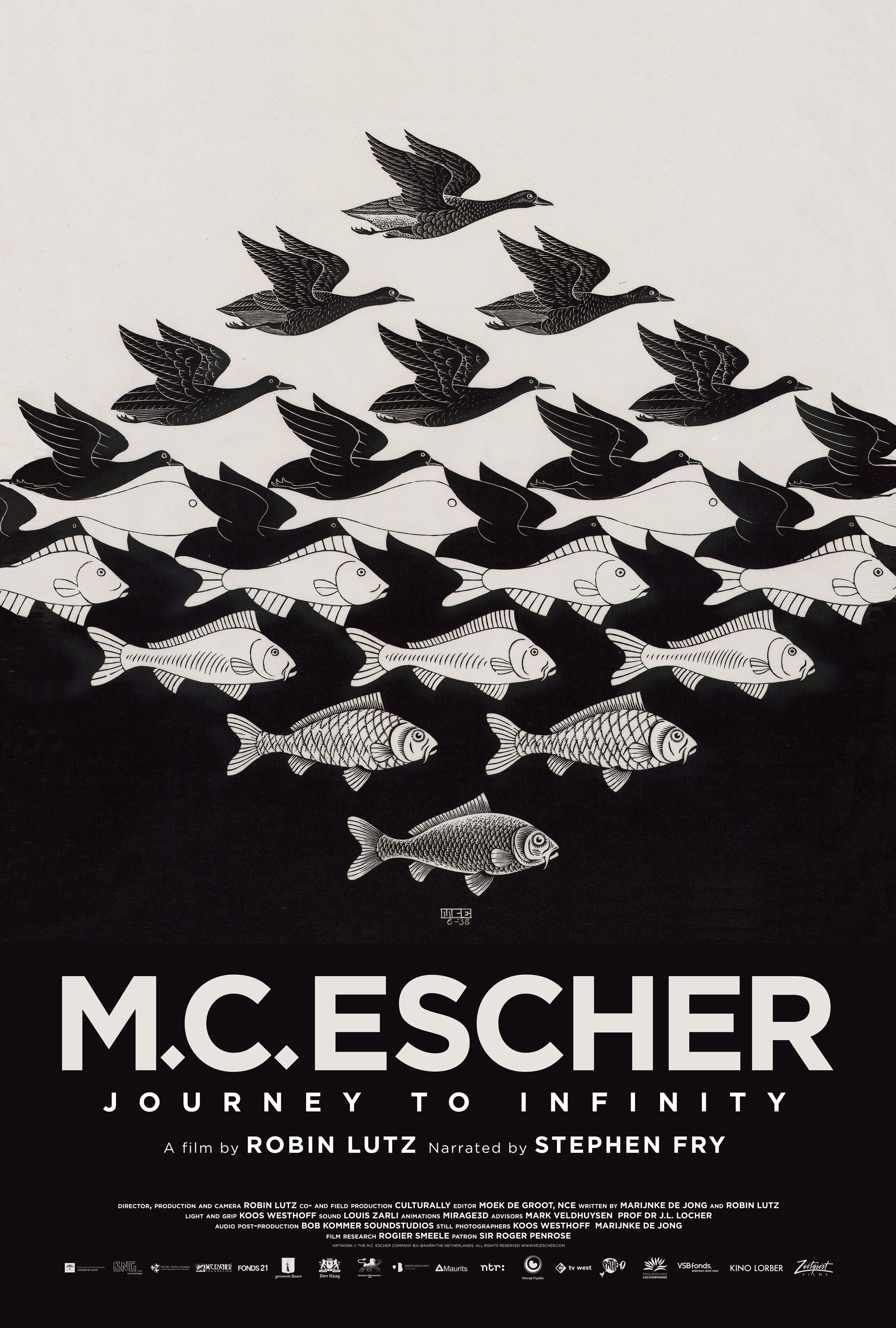 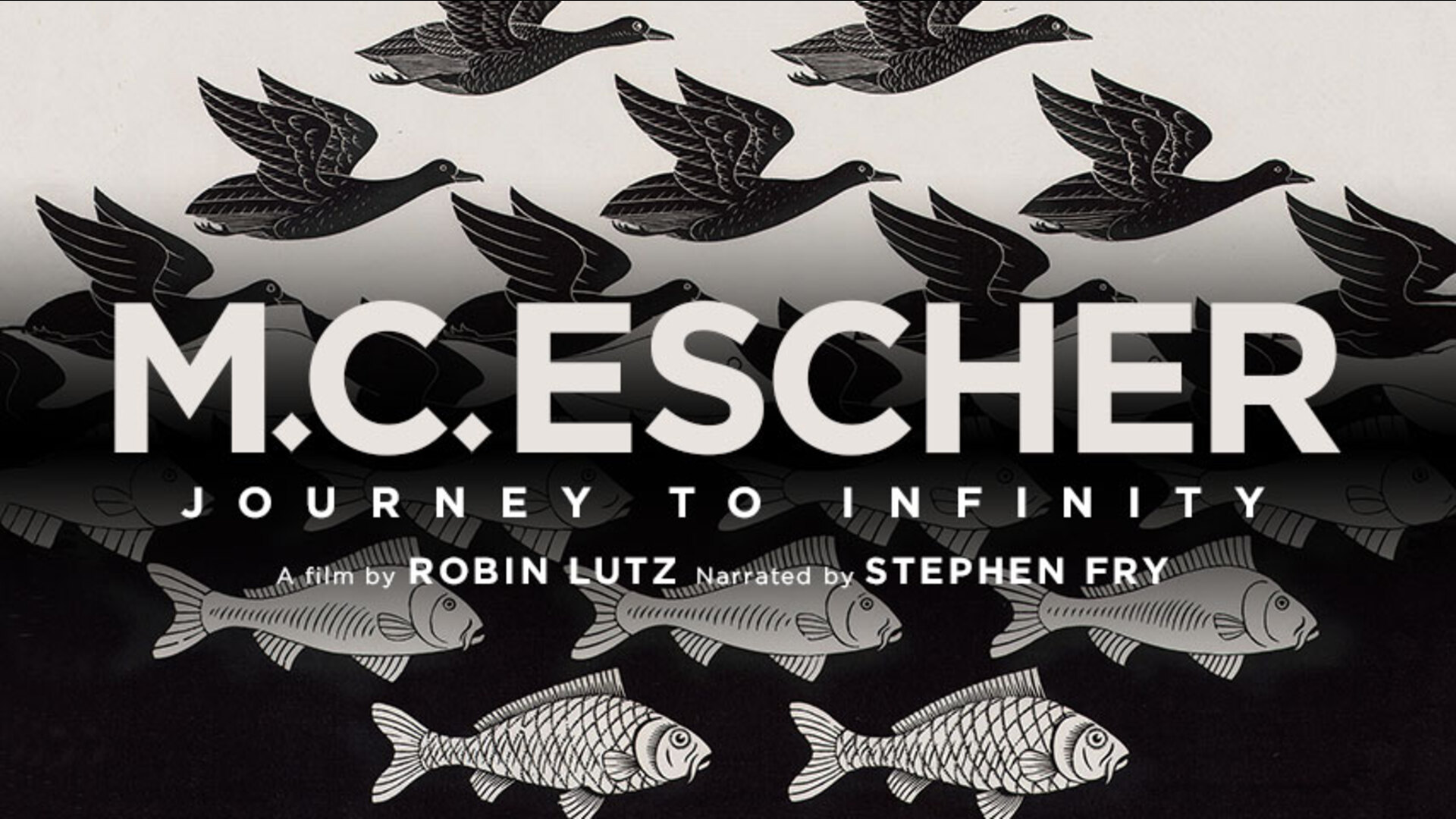 M.C. Escher: Journey To Infinity is the story of world famous Dutch graphic artist M.C Escher (1898-1972). Equal parts history, psychology, and psychedelia, Robin Lutz’s entertaining, eye-opening portrait gives us the man through his own words and images: diary musings, excerpts from lectures, correspondence and more are voiced by British actor Stephen Fry, while Escher’s woodcuts, lithographs, and other print works appear in both original and playfully altered form. Two of his sons, George (92) and Jan (80), reminisce about their parents while musician Graham Nash (Crosby, Stills & Nash) talks about Escher’s rediscovery in the 1970s. The film looks at Escher’s legacy: one can see tributes to his work in movies, in fiction, on posters, on tattoos, and elsewhere throughout our culture; indeed, few fine artists of the 20th century can lay claim to such popular appeal. Directed by Robin Lutz (Netherlands, 2019, 81m)

“This film makes a fitting tribute... Escher is a very modern artist who appears to belong to a time that we’ve left behind. I do think that his best work is that that makes you think rather than feel, the paradoxes rather than beautiful brush strokes, but the world is much better for his presence.”– CINEPHIL
“Mind-boggling. Inventive, wry, and enlightening.” – Peter Keough, BOSTON GLOBE 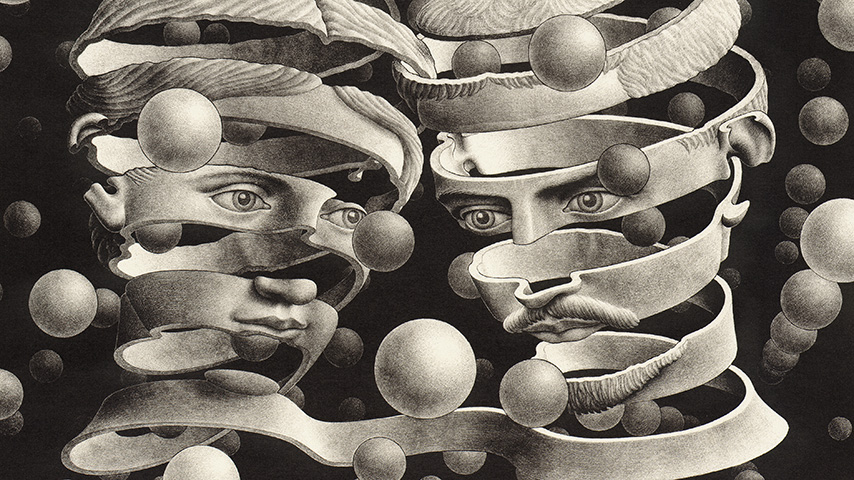